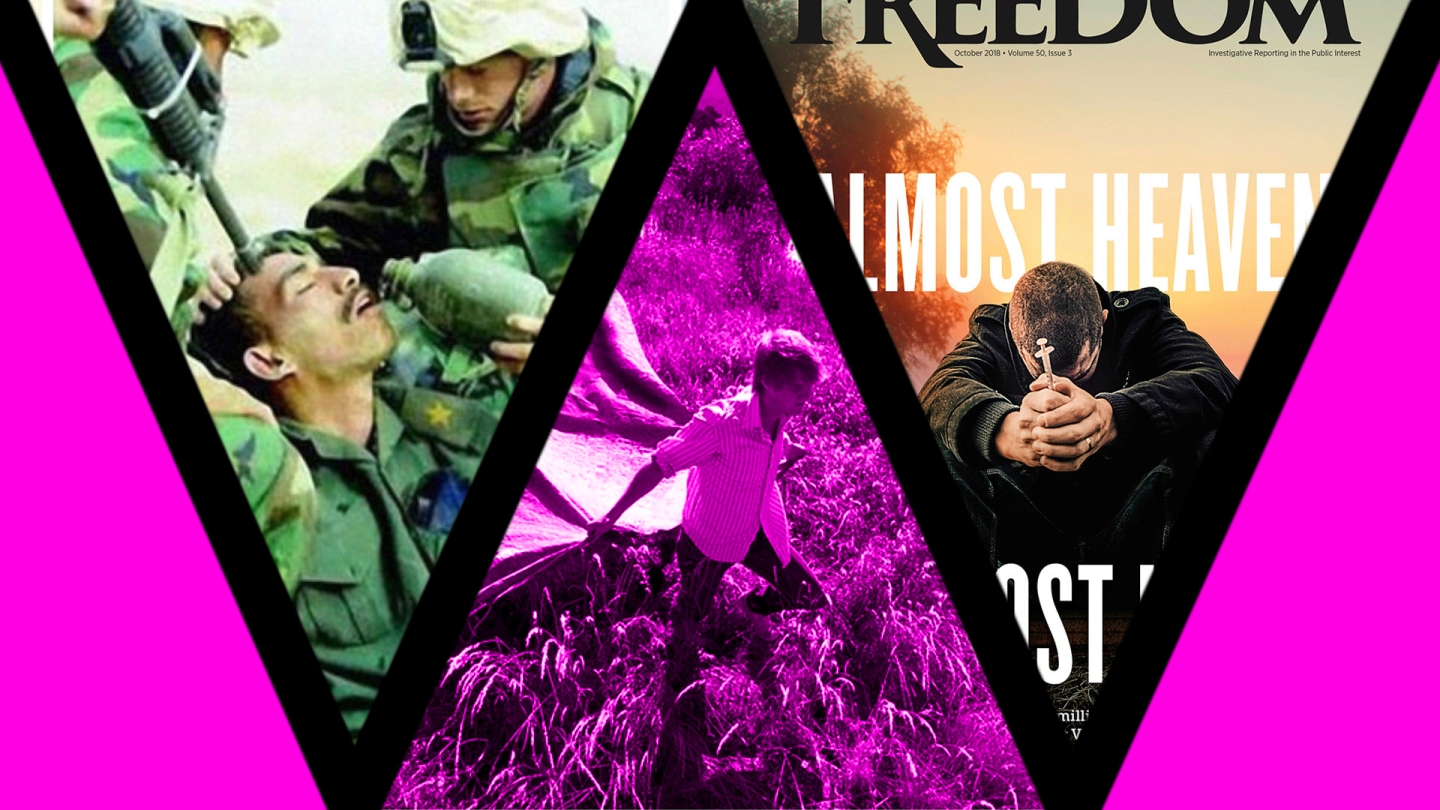 Written by Gabe WalerysiakPosted on October 7, 2020Leave a comment

The ability to tell a story through visuals is one of the greatest things humans can do. It allows us to present information, to express ourselves and our company, or to fill the public in on newsworthy events that are worthwhile to them.

Not everyone, unfortunately, has good intentions. Just as creating a story visually has its perks in allowing people to see events or data they never would have otherwise, it also gives a lot of power to the creators of such visualizations, leading them to sometimes abuse this power in order to create narratives or trends that support their beliefs.

The general public has a hard time detecting manipulation in photos, as 66% of photos in a study were correctly marked original or manipulated, which is only slightly better than 50% chance (Nightingale, et al). This allows the manipulators to transform the image however way they like without their audience even noticing.

There are plenty of other ways visual storytellers can manipulate their audiences, such as messing with data and statistics to match their beliefs or by overusing stock photos to create a fake (yet boring) atmosphere for you or your company, but both of these tactics can be implemented unknowingly or accidentally, leading me to believe manipulating photos is the most sinful, yet controversial, act of visual storytelling.

Here are three ways photos can be manipulated, whether they be for good or for bad.

This is a photo from 2003 of the US Marines helping an Iraqi soldier drink some water. This photo is a clear example of photographers using the method of cropping to eliminate information from the whole picture (the center image) in order to produce an extreme alternate narrative. While cropping is not one of the more risky alterations you can make for a photograph, photojournalists are expected to use the full frame of their camera as cropping creates a “risk of losing the aforementioned journalistic virtue of wholeness, including the components of accuracy and integrity” (Quinn, 8).

This photojournalist has clearly abused cropping, whichever way they manipulate the image. They can either punch in on the left half of the frame, showing the no-mercy brutality of the US Marines holding the Iraqi soldier at gunpoint and getting ready to blow his head off, or they can punch in on the right half of the frame, revealing a much more wholesome story of the US Marines caring for the Iraqi soldier by providing him with some water. Even if the reporter wanted to use the blue image above to show the Marines in good light, this would still be considered “noble cause corruption” because even though the photo was manipulated for the best intentions, the fact that it was still manipulated with and eliminates some portion of the whole story counts as corruption (Quinn, 12).

One other way to change an image is by editing its color and by setting the image up instead of letting it happen authentically. By editing the colors, the photographer removes any ability for the audience to see the frame or the area the way the photographer saw it, which can lose any feel of authenticity to the shot. If I were to guess, this photo from Freedom Magazine has shadow, contrast, brightness and some saturation manipulation. In my personal opinion, making these sorts of edits to an image is not the worst thing (especially since I make these types of edits myself), but because viewers are less able to detect these kinds of plausible changes (Nightingale), it makes it impossible to see how the image really appeared to the photographer’s eye.

The worse of the two manipulations seen in this cover is the staging of the photo. The magazine is about the nation’s opioid crisis, which is a very serious and depressing matter. The photographer took a downright tragic route by staging the subject to be sitting on train track while clutching a tool, leading us to believe he is ready to end his life. Santiago Lyon says this type of image manipulation involves a photographer staging a scene to fit their own narrative by asking a subject to do things they would not ordinarily do (NYTimes). Many people with an opioid crisis are not in this situation, and it makes wish the photographer captured the real effects opioids have on people.

On the other hand, image manipulation can be a really good thing. If you are manipulating an image for the purpose of entertainment, and viewers can immediately tell that the image has been messed with, then artists have the freedom to do whatever they please with their images. This image is one of the easier manipulations to spot, as the physical distortion of a cement road merging with a cloth blanket that the human is holding throws off our sense of realism immediately. This image has no harmful intentions, it is not trying to tell a story, and it is not trying to hide any information from the audience. This image is simply displaying the photographer’s artistic ability. If used for this purpose, manipulation can improve the quality of professional photographs and add effects to them that make it easy to distinguish its fantastical look.

Photo manipulation will never stop being a controversial topic. There will always be photographers and artists who use these tools to create really magical works of art, and there will be evil-intended people who will use this power to hide or skew a story for their own personal gain or to hurt someone else. There are now computerized programs being developed that can tell when and where a photo has been manipulated, so it is up to you to determine whether you want to take the risk of corrupting a photo that could potentially damage your own reputation if you get called out for it.

“Photo Manipulation: Use, Don’t Abuse!” The Way We See It, 2016, https://thewayweseeit.org/photo-manipulation-use-dont-abuse/

Quinn, Aaron and Edward Spence. Manipulation in Photojournalism: Is it ethical? Is it corrupt? University of Sydney, Jul. 2004.