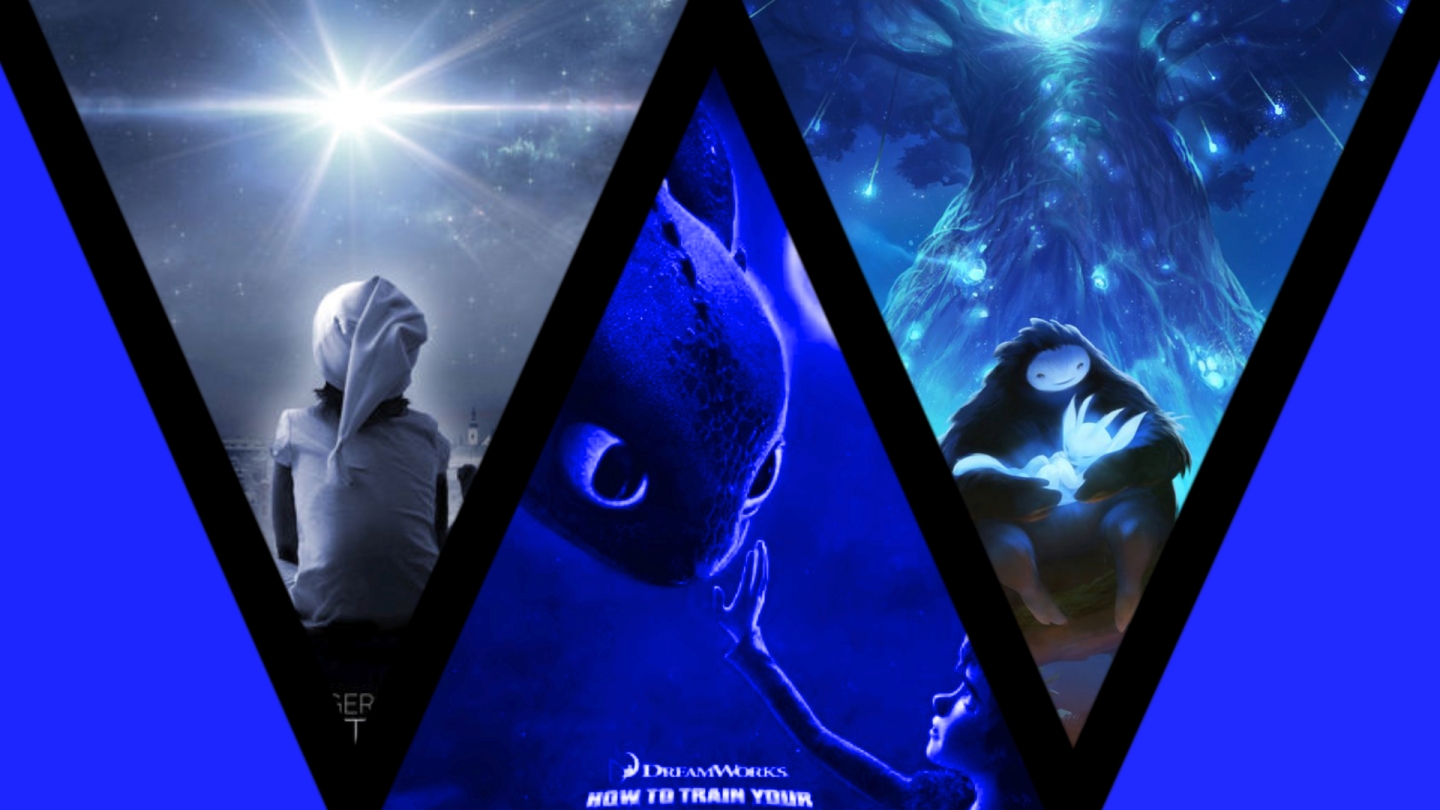 Using Images to Show the Same Emotion Through Different Intensities

How often is it that you look at an image, a video, an advertisement, or any other form of media, and immediately feel a rush of images to your head? Probably all of the time, right? Well this is not an accident. Designers who create such media intentionally use a variety of shapes, principles, and colors each chosen to elect some sort of reaction or emotion from the viewer.

Now, it is entirely possible that the emotion that the designer intended will not be the emotion the viewer evokes, or the the viewer may have an emotion towards a design where the designer had no intention of eliciting any emotion whatsoever (Norman, 11), but for a majority of the media, designers think about emotions because “you can use those emotions to either create loyalty or to drive a customer to take action” (IDF).

The following three images all fall under one slice of Plutchik’s Wheel of Emotions. The Wheel of Emotions is simply a circle chart with eight slices, with each slice representing a basic emotion. Within each slice are three levels of that basic emotion, each varying in intensity. The basic emotion I chose to work with is trust. I will present the images from the least intense emotion, acceptance, and finish with the most intense emotion, admiration. I will describe various aspects of each image that allows them all to be considered for the basic emotion of trust, while also pointing out their differences that allows me to interpret the intensity of each image’s emotion.

Thomas Bergersen’s album art for his 2019 single “Little Star” appears as a very complicated design, but focusing on the brighter areas makes this image rather simple to comprehend. The only two figures that need to be focused on in this image are the little girl with her stuffed bear and the little star that is glowing above them. Thinking about the Gestalt theory, where we better interpret design elements as a whole rather than as individual parts (Bushe), these two figures are very similar in that they are the only figures in the entire piece that have an intense illumination. Because of their similarity, our minds process them as being a part of the same group (Bushe). One other Gestalt principle that is inherently obvious is that of continuation, or the ability to move through one object and connect to another (Bonner). Both the girl and her teddy bear are looking away from the viewer, which compells us to see what they’re looking at, and the only thing that we can see they are looking at is the bright little star right above them. The triangular roofs on all of the towers in the background of this image are also pointing up, which help guide our eye towards the star.

The specific emotion I am correlating this image with is acceptance. This is the least intense emotion in the trust category on Plutchik’s Wheel of Emotions. There are a few details throughout the image that can help us identify this speficic emotion. Firstly, the little girl and the bear are looking away from the viewer, preventing us from seeing her facial expression. Is she crying because she lost a loved one? Is she happy because the star makes her think of someone important? Or is she reflecting on her own life while gazing at the stars? I believe that she is accepting her loss of a loved one and seeing this star is the only connection she has with this person. The girl and the teddy bear are also glowing, likely due to the light from the star above them. They are, however, the only figures in the image that are glowing, suggesting that there is a special connection between the girl and the star.

The dominant space in this image are filled with various shades of blue and white. According to Jerry Cao, the blue stands for safety and reliability, while the white stands for cleanliness and virtue. When we look at the image, we see the little girl all alone in the dark with her teddy bear, but we never assume that the girl is in any sort of danger because of all of the blue tones surrounding her. She is also wearing white, while glowing white and looking at a star that is shining bright white. As I mentioned earlier, the white provides a basic connection between the two figures that is bound by faith and spirit. These colors are also muted, making me feel that the little girl is accepting her new connection with the star, and feeling nothing more intense.

2. Trust – How To Train Your Dragon Movie Poster

Speaking of new connections, this movie poster for “How To Train Your Dragon” (2010) demonstrates another brand new connection being formed, but now that we see the faces, we can interpret that the connection between the human (Berk) and the dragon (Toothless) is a little stronger than that of acceptance. There are a few Gestalt principles that apply to this poster. The principle of parallelism applies to both Berk and Toothless as they are both looking at each other in a similar diagonal slope (Bushe). Proximity is another principle that connects Berk and Toothless, as they appear very close together, especially with Berk’s hand right up against Toothless’s face. One final Gestalt principle that may not be too obvious but also connects Berk and Toothless as a group is enclosure, which states that things that appear to have a boundary around them are part of a group (Bonner). If you look around the edge of the movie poster, you can see that there are some black vignette-like regions around the corners of the poster, suggesting that Berk and Toothless are inside this poster together, thus connecting them.

The emotion that is the next level of intensity from acceptance on Plutchik’s Wheel is that of trust. I want to correlate this poster with that specific emotion because of the details portrayed by the two characters in the image. First, dragons are normally very scary and dangerous creatures, those which heroes and protagonists usually try to kill in order to save the day. Toothless clearly represents the opposite of that. Despite the word “Dragon” itself in the logo being the dangerous color of red (Cao), Toothless’s features and appearance shows he is not as dangerous as his species suggests. He is flat-headed, has very tiny spikes, and does not show his teeth. Even his name, Toothless, represents the lack of one facet of a dragon that appears very dangerous – their teeth. Having the moon in the background backlighting both Toothless and Berk shows that, like in the album art above, there is a special connection between the two, and seeing Berk’s hand that close to a dragon’s face with it looking on in curiosity demonstrates that there is a connection of trust that is bonding these two.

The colors are also very similar to the colors used in the album art covered previously. Blue and white once again dominate the color palette, but in this image, the colors, just like the emotion they are portraying, are a bit more intense and vibrant. Toothless also has green eyes, while Berk is wearing a green shirt, and because green symbolizes growth and stability (Cao), we can interpret that these two will become reliant of each other and grow together. Having these cool, safe colors throughout this poster represents the beginning of a loving relationship that is full of trust.

There is nothing quite like a loving relationship, and just by looking at this box art for the game “Ori and the Blind Forest” (2015), the relationship between Naru (the large black figure) and Ori (the sleeping white wisp) is nothing but that. There are a few Gestalt principles that can help describe the emotion this image is portraying. The figure-ground principle states that it should be quite obvious (almost immediate) to be able to tell what represents the figures and what represents the background (Bushe). Looking at this image, you can see that the two characters, Naru and Ori, as well as the log they are sitting on, represent the figures in the image, whereas every other element, those highlighted in blue accents, represent the background. Naru and Ori are also connected through the principle of element-connectedness, stating that elements are unified if they are connected by other elements (Bushe). Considering all of Ori’s figure is inside Naru’s, it is safe to say that these two elements are connected.

This image represents the highest intensity on the trust section of the Plutchik Wheel, that of course being admiration. There are a few details throughout this image that can show why it fits this specific emotion. Just like the movie poster above, looking at the facial expressions and body language of this box art gives us a good idea on how special this relationship is. Ori is sleeping soundly inside the arms of Naru, and is showing no signs of discomfort. This not only shows Ori’s trust for Naru, but his admiration for her, as he sees Naru as someone to love and confide in. Naru’s facial expression shows the same sort of love. Naru is holding Ori in her arms and appears very happy to be taking care of the little wisp. She is providing Shelter for Ori, and the look on her face shows that she admires her new role as caretaker.

The colors of this image are also important to guiding the viewer towards this specific emotion. Just as I have mentioned for the past two pictures, this image dominates in blue and white, and is the brightest, most vibrant, and most intense blues and whites of the three images shown here. Ori’s entire figure being white while Naru’s face being white show the connection between the two is very pure and simple (Cao). Ori is also glowing blue, demonstrating his feeling of safety while confiding in Naru. The entire background is accented in blue and white, thus bringing back the feeling of safety, purity, and peacefulness. The title graphic is a bright orange, which is a contrasting color to blue (Cao), giving the viewer a reason to look up at the title and get a spark of adventure inside of him as he prepares to play the game. The brighter colors, a more spiritual background, and the expressions displayed by both Ori and Naru contribute to the feeling that this image portrays the most intense emotion on the trust section: admiration.

Three emotions. All under one category. Demonstrating different intensities. Looking at the three of these images certainly helped to see the very slight variations in emotion and how color brightness, background elements, and even facial expressions can contribute to the intensity of an emotion being portrayed through an image. I enjoyed looking at the three various levels of emotions, and I am also happy to have chosen trust as the basic emotion to follow, as I got to analyze a few images that kept me at piece while looking at them. I hoped the descriptions of these images helped show you how similar each of these images are, while also being a little bit different at the same time.