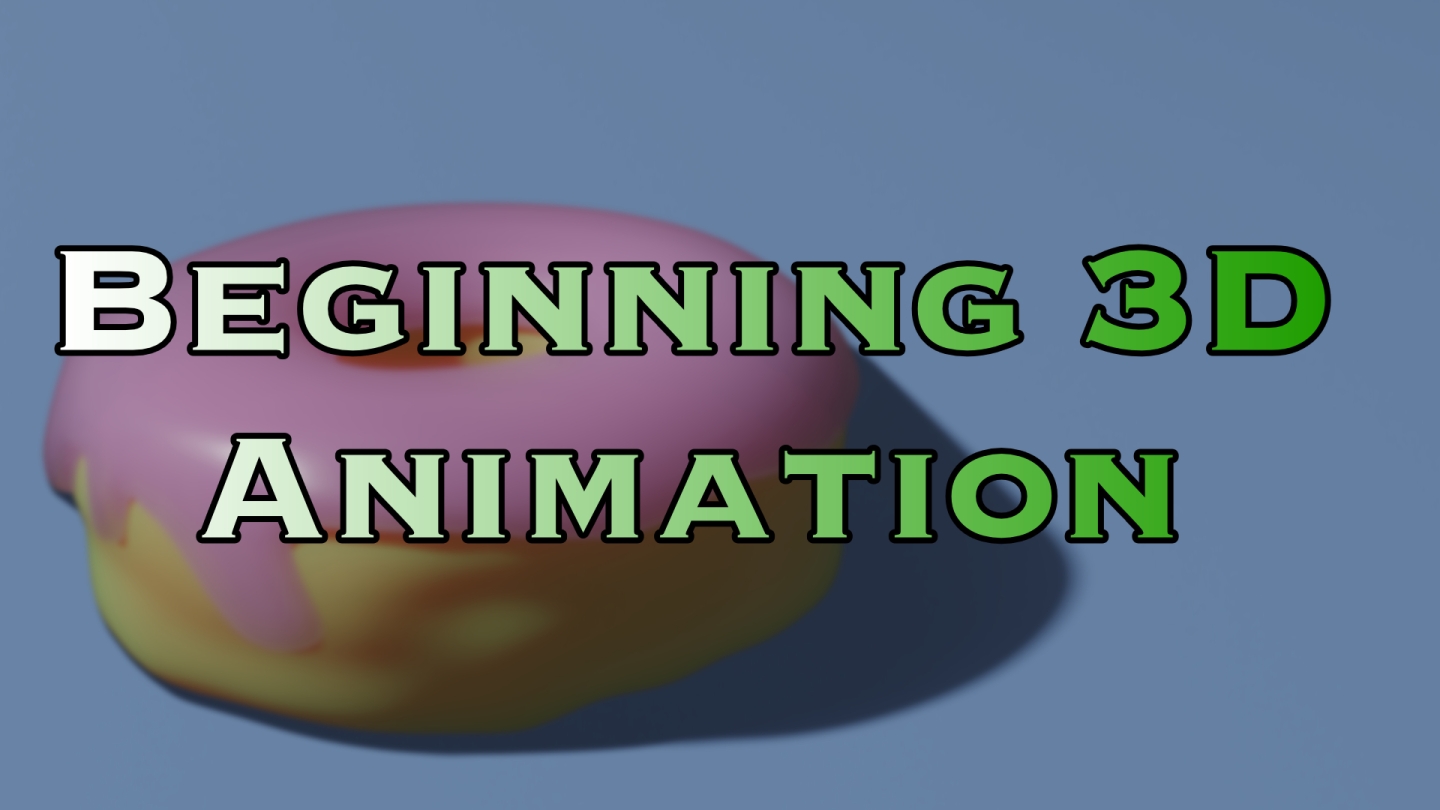 3D Animation – The Beginning of a Brand New Journey

Venturing into a medium you know nothing about can be very overwhelming and somewhat frightening, especially when you are giving yourself a tight deadline to not only learn the software and the basics, but to also use what you’ve learned to create an acceptable demonstration of the software’s capabilities.

Well, that is exactly what I am going to attempt to do with Blender.

When discussing ideas for this seven-week project, the first thought that popped into my head was a film…but, that’s about as far as I got with that idea. After going back and forth, I finally decided I was going to work with the one medium that I felt was too intimidating to learn: 3D computer animation.

After looking up other animation project proposals, I came to the conclusion that making a one minute animation in seven weeks is way too ambitious, especially for someone who has never learned a 3D modelling software before. I spent the week watching YouTube tutorials from Blender Guru, who helped me build a donut from scratch. I learned quite a bit from the tutorials, from Blender’s interface to editing vertices to sculpting meshes to make the desired object. While his introductory tutorials have been very helpful, I still do not believe that I can fully animate a one minute short within the given deadline of seven weeks. I have, therefore, decided to turn my project into creating high-fidelity storyboards instead. I am going to build a character, multiple environments, and place the character in the environments in such as way that it functions like a storyboard cel.

While it is pretty easy to say all of this, it will be a lot more difficult to actually pull it off. A lot of preliminary research was required to figure out what the animation process was like and how to accurately build characters and environments, as well as how to use Blender, because there are never enough tutorials on how to operate the software.

While researching for the project proposal, I had to think about all of the artifacts I was going to produce, and decided to conduct my research based on everything I needed to create. While looking up how to write a script for animation, I discovered that animation differs quite a bit from live action writing. When writing for animation, you have to describe every detail literally so the animators can create the exact scene you envisioned for, and have nothing be interpreted. This is mainly because everything in animation is created by hand, including locations, so every aspect of a scene has to be mentioned or else the animation won’t go nearly as expected.

It is also important to create hand-drawn storyboards before moving onto Blender in order to make the high-fidelity storyboards. These will be helpful because then I will have a better understanding of where exactly my character will be, what pose he will have and where in the world he will be placed. I have also learned that storyboards, especially for animation, need to be taken as seriously as possible, and just like scripts, cannot take any shortcuts when drawing the scenes because then the animators will take the storyboard as it is and not add any extra movements that the storyboard artist may have had in mind. This is possibly the most important part of my research because my final output will be an enhanced storyboard that was created in Blender, which means I need to understand that each pose is vital for understanding what the character is supposed to do in the current scene and to infer what will happen in the next scene.

Designing a character is also very important, as that is the one thing most people will pay attention to when watching your animation. While I will not be fully animating my story, I still want to give my character the correct expressions at the correct moments in order to elicit the correct emotional response. When animating a character, facial expressions are key, as the more parts of the face you move, the more realistic the facial actions seem. When it comes to actually designing the model, though, there are so many more steps, such as building, using layers, and adding textures. These are all steps I plan on using to build my character model (once I sketch it out and finalize the design before entering Blender, of course).

I would lastly like to talk about the environment. In my project proposal, I mentioned that I planned on making three environments for my short. These environments would all be made in Blender, and would support my character as he interacts with the world around him. I will need to draw out my environment on paper, adding where the camera should be and where the lights will most likely go. This is for me to get an idea of what I want before going into Blender and trying to make an environment without thinking about what it should look like. Despite the environment being frozen in time just like the rest of the scene, I feel it is still important to use the correct lighting in each scene whenever possible, as changing the light source and adding extra light objects can change the mood of the scene. Building the rest of the environment is similar to building an individual character, where modelling and texturing are both required to build assets (trees, rocks, clouds, etc.) that make the scene more realistic.

I understand that even while removing the key framing, animating, compositing, and rendering portions of a standard animation production, this is still a highly ambitious task for someone who has never dabbled in 3D animation to complete. This is why I am doing it – I have always been fascinated by it yet have never felt the urge to sit down and learn it. I want to challenge myself, and I am ready to embark on this journey which may impact my future.